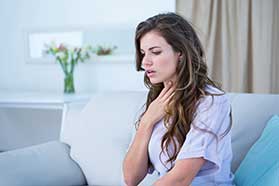 Since asthma severity can change over time, it is important to detect and treat the condition early on. To schedule a consultation with a asthma specialist in South Lake Union - Seattle, call (206) 966-4522 or contact Dr. Marina Abrams online.

An asthma doctor in South Lake Union - Seattle may also give a patient asthma medicine for a trial period and perform tests afterward to see if lung condition has improved.

While asthma can be inconvenient at times, an asthma action plan can make the disease manageable. For more information about asthma in South Lake Union - Seattle, make an appointment with a qualified asthma specialist by calling (206) 966-4522 or contact Dr. Marina Abrams online.